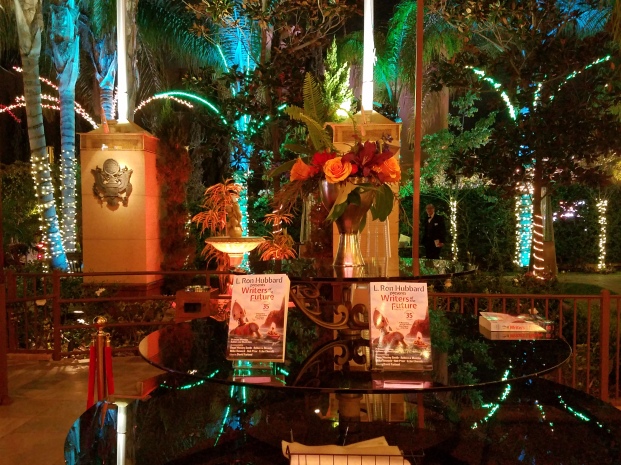 I spent 6.5 months living in East Hollywood, Los Angeles during the first half of 2019 – and while I was there, I got to go to the Writers of the Future awards ceremony (as if I needed any more reason to want to win!)

So. Much. Yes.
This was one of the most fabulous evenings of my life.

But first, let me tell you how it all began…
My friend, and a fabulous author (I know, I’ve read several of his stories), Wulf Moon, WON! the Writers of the Future contest, and would be appearing in Vol. 35 of the anthology.  His story “Super-Duper Moongirl and the Amazing Moon Dawdler”, has even gone on to be reprinted and win other awards – so yeah, it’s real good!

So being the super-duper nice person that Wulf is, he took some time out of his busy week-long workshop to hang out with me. We went to Mel’s Drive-In, right off Hollywood Blvd (good burgers there), but not before he introduced me to none other than Kary English (first reader for the contest), and Tim Powers (long time judge for the contest). To say I was walking on cloud 9 afterward would be an understatement. 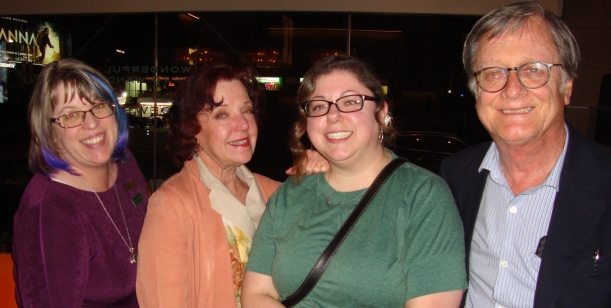 Mr. Powers took some time and talked with me about writing. He was really nice, and very encouraging. My feet didn’t touch the ground for the rest of the night.

Later that week, came the night of the awards ceremony. This year it was held at the Taglyan Center in L.A. (an incredibly beautiful event space).

One Of Our Robots Is Missing!

The gorgeous ceiling of the Taglyan Center

They even made adorable table decorations of the cover robot ♥ 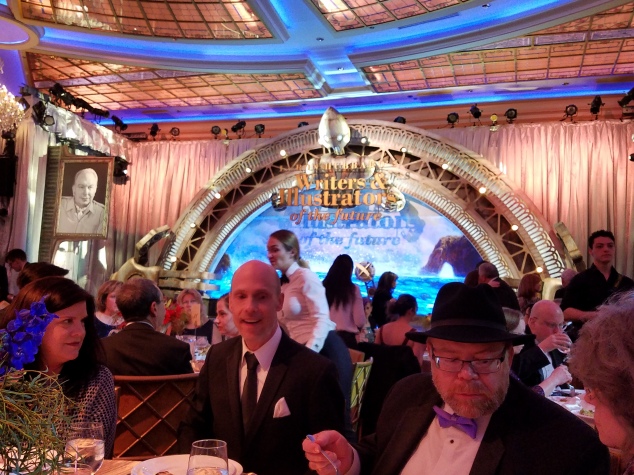 Check out Preston’s personal story to the win: 24 Things

Check out Wulf’s incredible tale for the win: Here Be Dragons 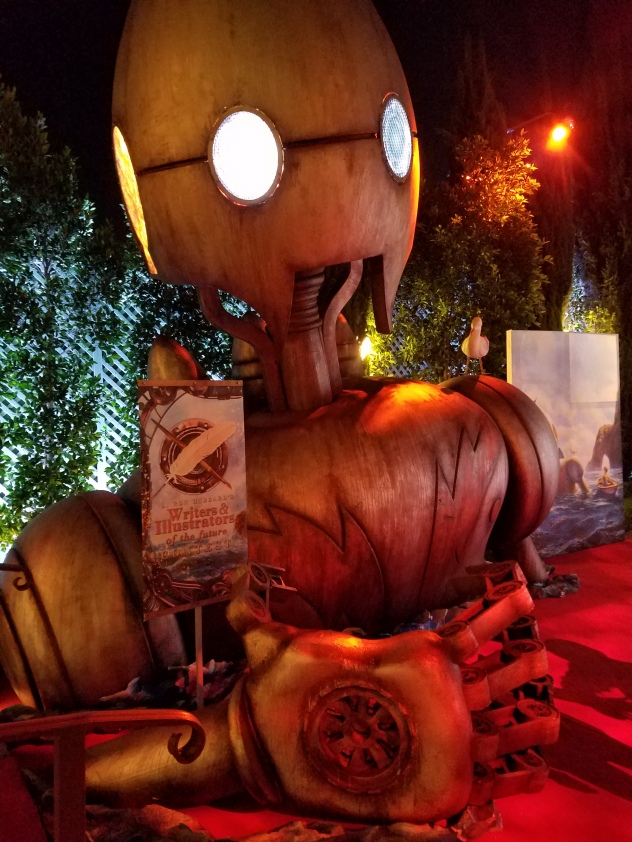 The incredibly talented, very nice, and previous WotF winner, Martin Shoemaker, holding Wulf’s trophy. (He let me hold it too – so awesome!) 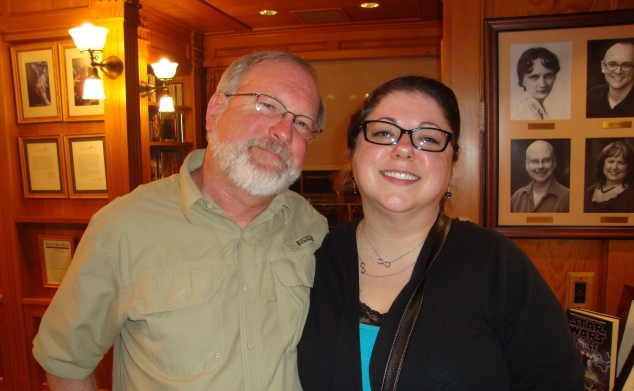 The next night I got to meet Mr. Anderson – he was BEYOND nice. (Look at me Mom ♥)

What a great event. I can’t wait until next year!