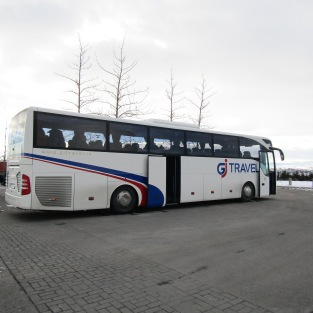 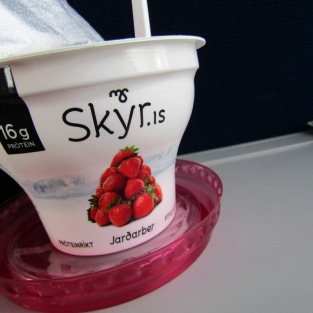 Our tour bus, breakfast (Skyr is their version of yogurt), and pretty city sights 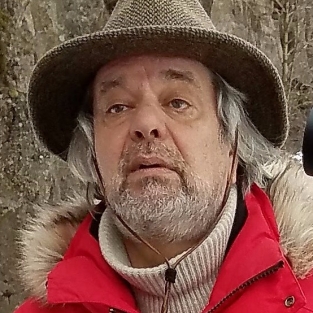 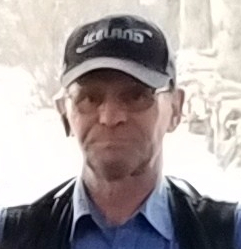 First up, the Harpa Music Hall – the halls form a mountain-like massif similar to basalt rock common to Iceland. At the core of this rock, the main concert hall reveals its interior as a red-hot centre of force (this is not just a metaphor, the room is actually like really red) 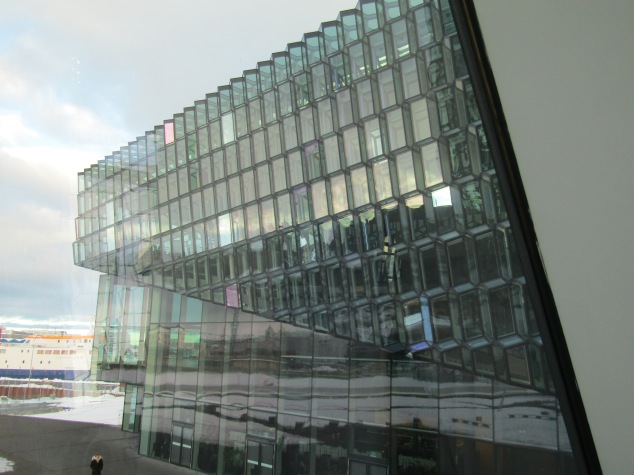 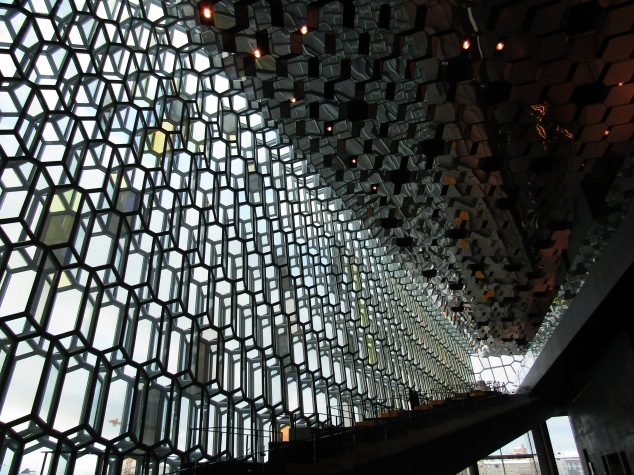 Then we headed over to The Pearl, a landmark building in Reykjavik.
This dome shaped, glass building was designed by Ingimundur Sveinsson and is supported by six massive hot-water tanks. 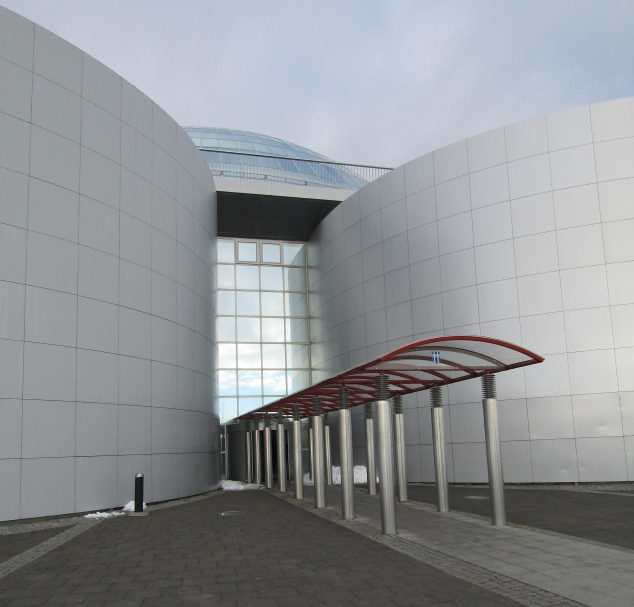 The dome has an observation platform around it where panoramic views of the city and its surroundings can be seen. 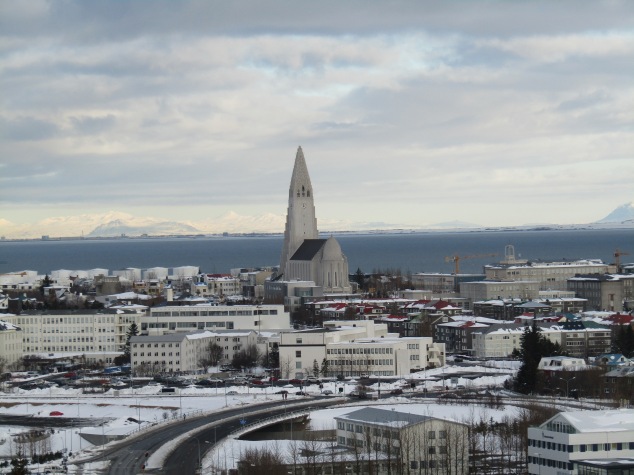 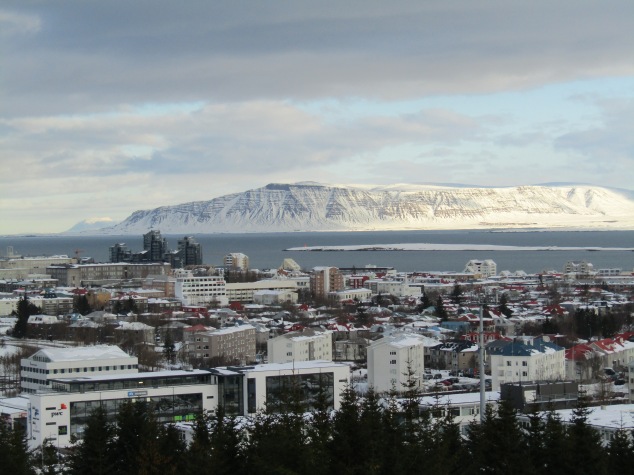 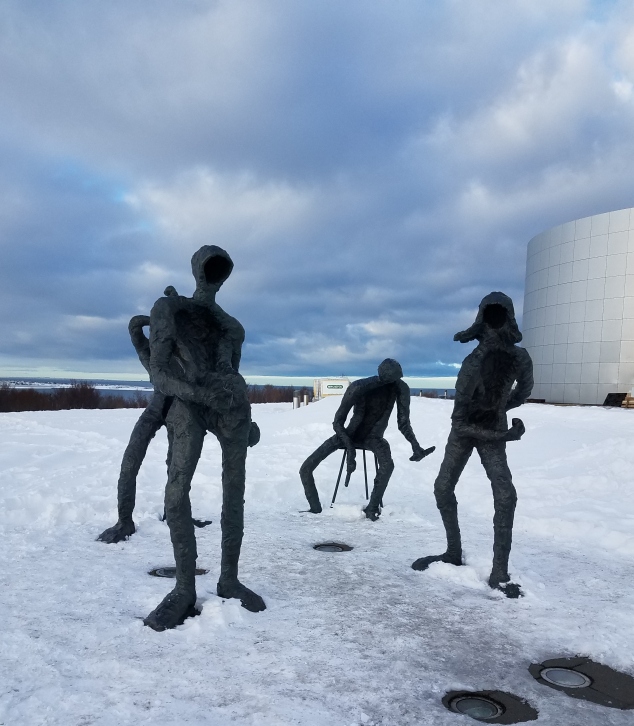 Creepy sculpture in front of The Pearl – reminds me of things in a Dr. Who episode

Afterwards, we left the city and headed west into the Borgarfjorour Valley. We stopped in Borgarnes for lunch, yummy soup and a buffet of…interesting items, yummy bread – then we headed over to climb the Grabrok Volcano Crater

There were easily 6,000 steps to get to the top. I mean maybe not really, but it felt that way.. 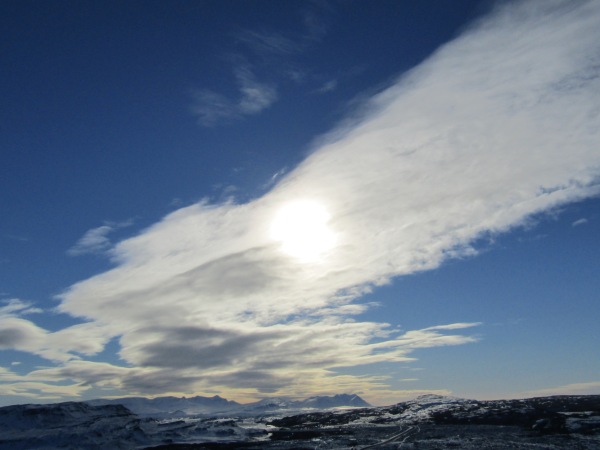 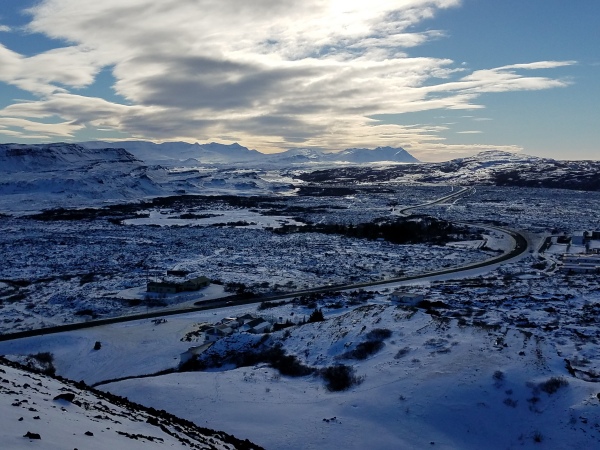 Looking down into the crater 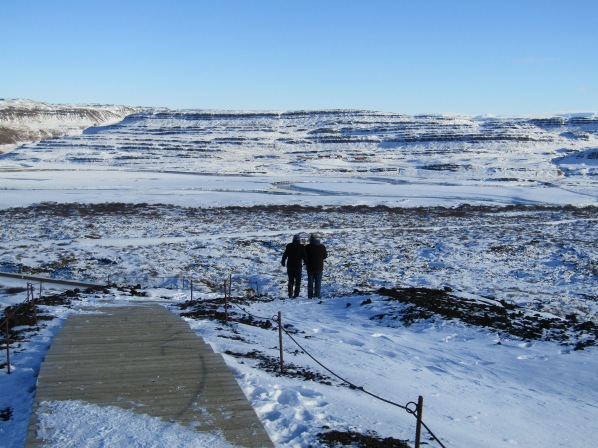 Next we warmed up at Deildartunguhver, Europe’s most powerful hot spring. It produces 180 litres of nearly boiling water (97° C) per second! (Wow, I sound so sciency and smart) 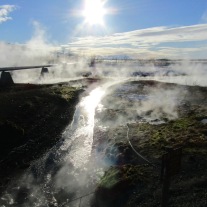 Click on each picture to make it bigger – really pretty scenery!

After the hot springs we headed to Hraunfossar, waterfalls that pour out from beneath a nearly kilometre wide lava field. This was probably our favorite part of the day – peaceful and so pretty here. 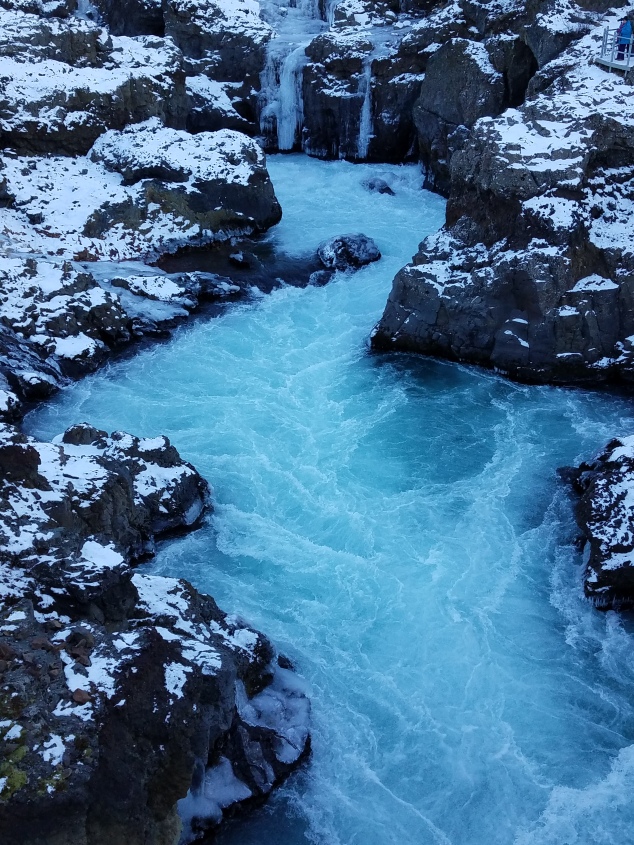 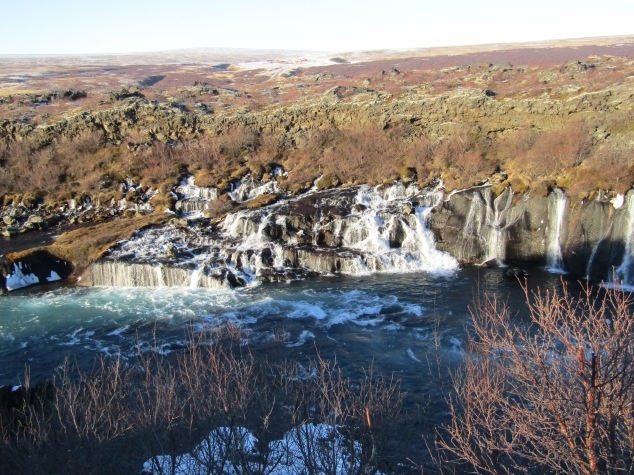 Shadow figures on the wall… 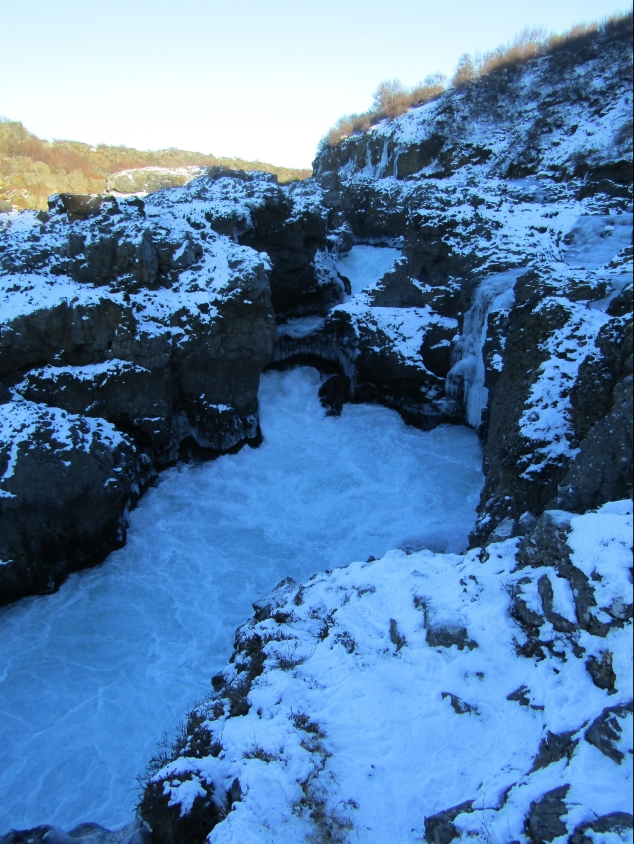 After the falls we headed back to Borgarnes, where we stayed at the Hotel Hamar (really nice digs), met some lovely people at dinner (our super awesome U.S. peeps, who were very friendly and welcoming), and caught our first sighting of the elusive Northern Lights!

We hadn’t even gotten to attend this evening’s Northern Lights talk about how to photograph this lovely stuff – when screaming was heard outside – so we ran out to see a misty white stream of Aurora making it’s way across the sky. After gleaning a few tips from our guide, falling over in the snow, and many failed attempts  – Ms. W. caught these pics, on her Samsung cell phone! Take that apple people who have to download an app! (Surprise rant, Lol, sorry) 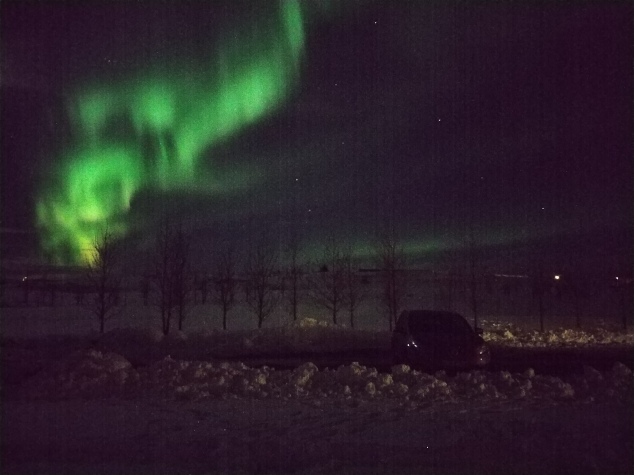 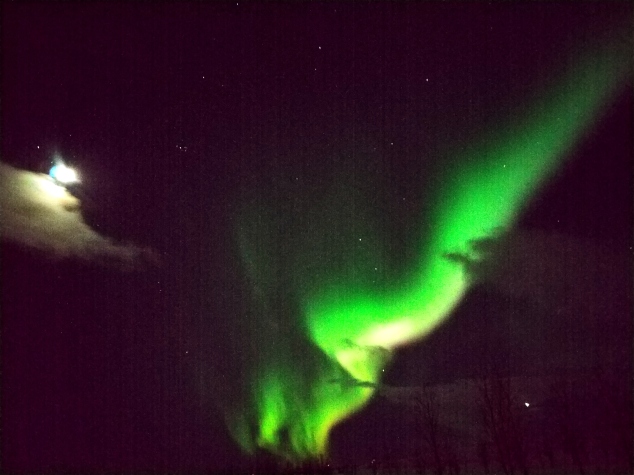